Here is another day trading strategy which utilizes pivot points. The strategy is good for day traders and is designed to keep them on the right side of the market. By now, you must have seen from some of our earlier strategies that any attempt to deploy any strategy at all that leaves you on the opposite side of the banks puts you in great jeopardy. The banks control the market, which is why any strategy described here aims to stay on the side of the banks, and helps you ride out whatever profits you can from following their moves.

The indicators to be used for this strategy are:

Let us now see how this strategy works.

Rule 1: Initiate the Buy/Sell trades only at the pivot points.

The positional relationship between the price and the central pivot point determines the outlook for that day.

Rule 2: Enter the trades in the direction of the main trend.

You will need to enter into the trades only in the direction of the main trend. This is where you’re A/D indicator comes in. You will also need to use the 200-period EMA and the A/D line in a crossover pattern to show you the direction of the trend. A longer term moving average is more reliable in this instance. 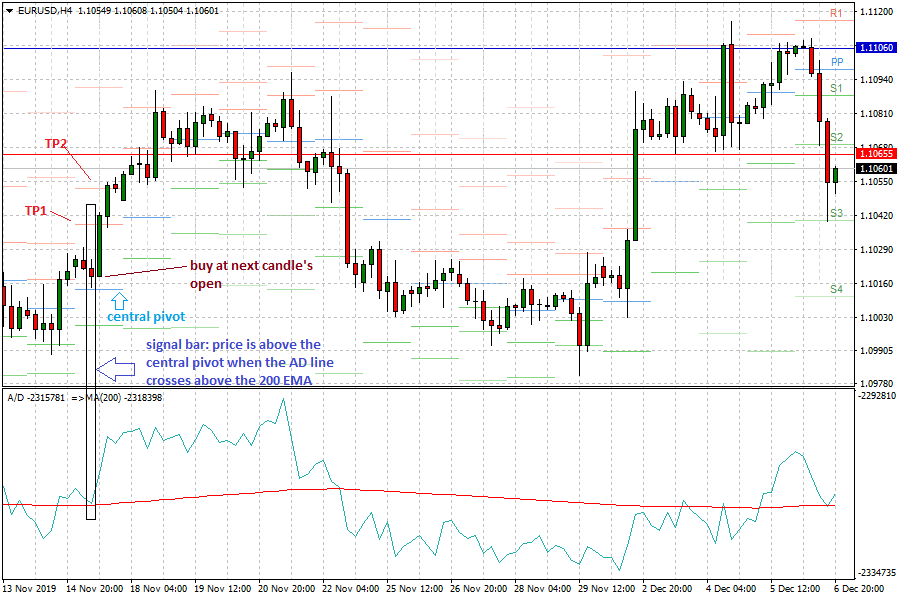 Here, we can see that at the time that the A/D line crossed above the 200 EMA line, the price candle was above the central pivot. Therefore, the BUY trade is taken at the open of the next candle, as this is very close to the central pivot point. The TP1 and TP2 lines correspond to the R1 and R2 pivot points, which serve as the 1st and 2nd Take Profit areas. 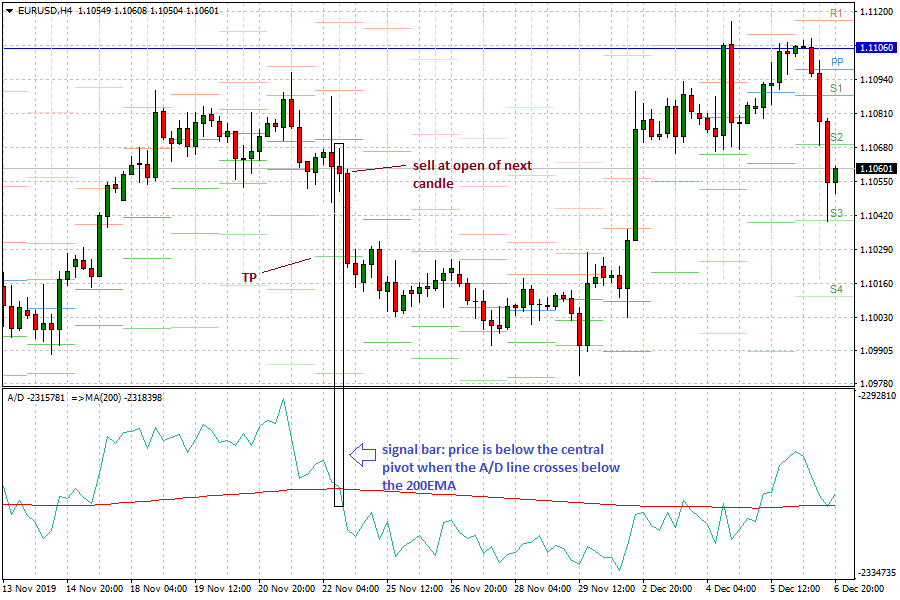 Here again, we can see that at the time the A/D line crossed below the 200EMA line, the price candle was below the central pivot line. Therefore, the trade was opened at the opening price of the next candle, with the Take Profit set at the S1 support pivot.

This strategy typically delivers 20-30 pips at a time, which is an achievable daily target considering the number of currency pairs listed on a forex platform at any given time. Practice this strategy and perfect your understanding of the setup so you can start using it to profit immediately.