Currently, the total market cap of crypto is 216.8 billion USD with a 24h Volume of 77.145 billion and BTC Dominance of 68.1% according to coinmarketcap.com.

Bitcoin has a market cap of 147.64 billion USD and trades around 8,093 USD on Coinbase as it continues to consolidate around the previous higher high that was made after a strong breakout above 7,450-7,700 USD major resistance as well as several month descending resistance trend line and resulted in a short retest of 8,450 USD next resistance.

The overall trend is still bearish as the previous major high of 9.5-10.5 USD is yet to be broken, however, we could see the first signs of potential reversal and, therefore, it would be best to stay bearish for the upcoming weeks in expectation that further downside will be seen towards the next major support area around 5-5.5k USD.

If reached from the current price would mean a bearish move of around 32-37% and once further signs of rejection for further upside are seen, a short position could be entered with a good risk/reward however the area around the previous low of 6.6k USD needs to be monitored for a potential reversal. 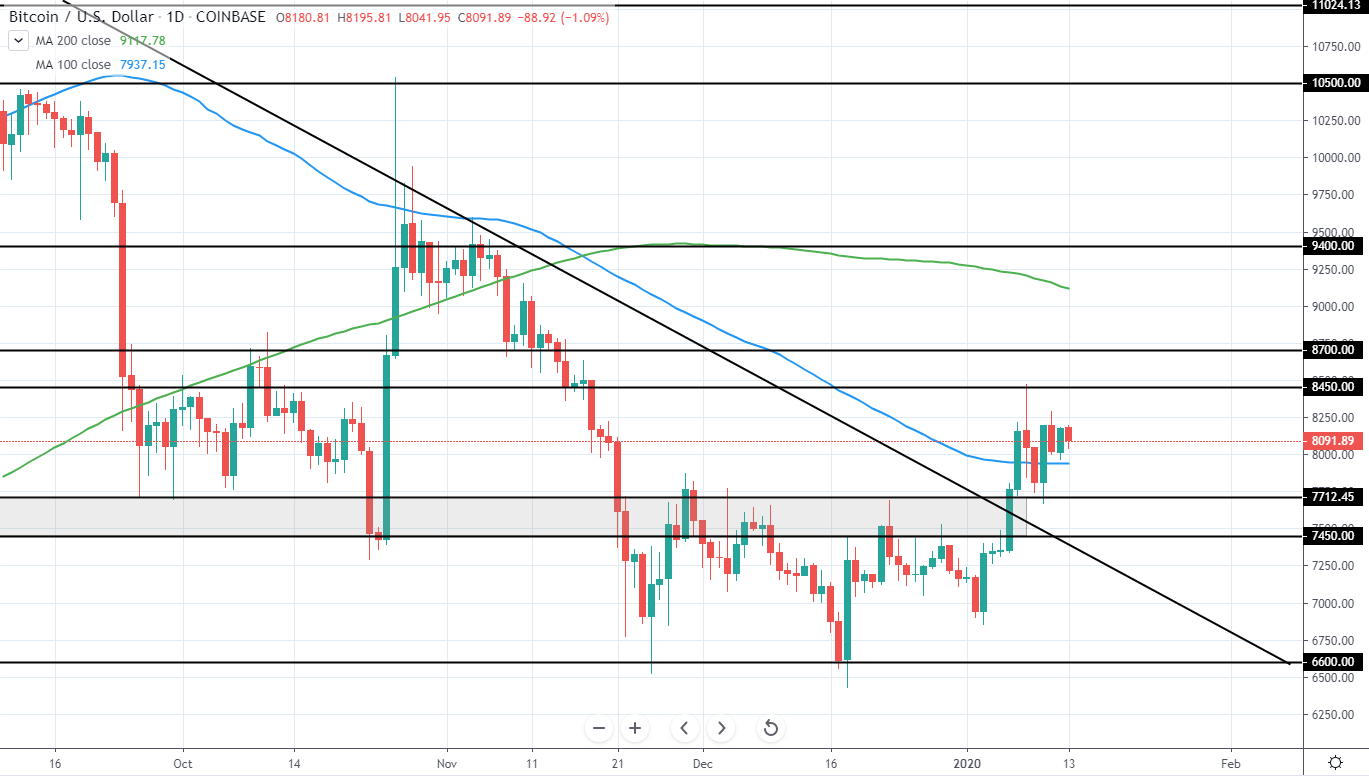 Ethereum currently has a market cap of 15.7 billion and trades at 143.1 USD on Coinbase as it has spent the last weeks retracing some of the previous downside move from 200 USD high to 116 USD low and likely prepares for the next downswing in the upcoming weeks.

Further upside towards the next resistance around 156 USD as well as the 100-day moving average around 158.93 USD could likely be seen and potentially used for a very good short position entry in the expectation that a new lower low will be made in the upcoming months.

The next support is located around 100 USD and would mean a further downside of around 30% from the current price and a decent potential short position setup in terms of risk/reward. 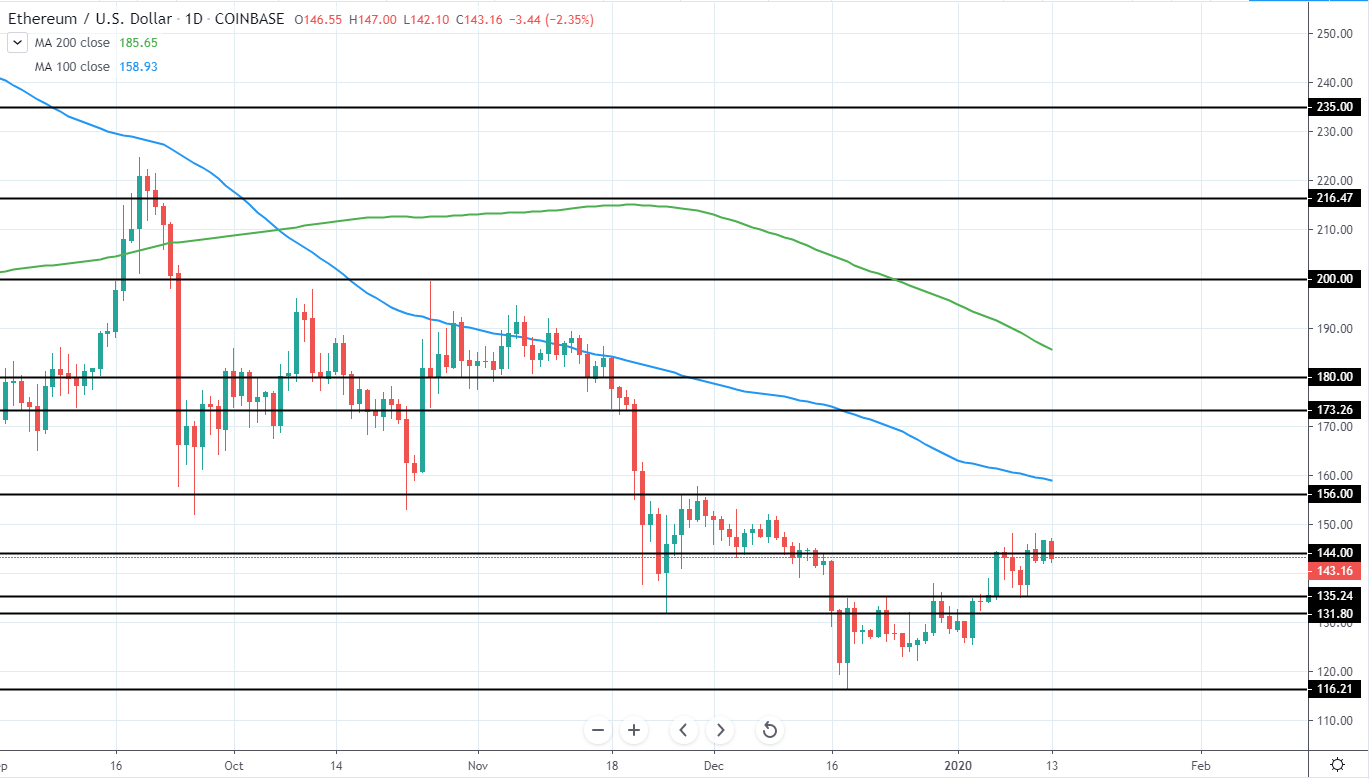 Ripple currently has a market cap of 9.221 billion and is trading around 0.212 USD on Binance as it continues to retrace some of the downside previously seen as the price set another lower low around 0.1748 USD.

The overall trend is still very bearish and we can expect further downside to come in the upcoming months, however, the current retracement could still move higher towards 0.233-0.2432 USD previous support area as well as 100 day moving average blue line around 0.2432 USD.

This would provide a much better short position entry when compared to the current price level, since entry right now would be quite risky as the price is yet to retrace a significant amount from the previous downswing and, therefore, would not offer good probability and risk/reward setup. 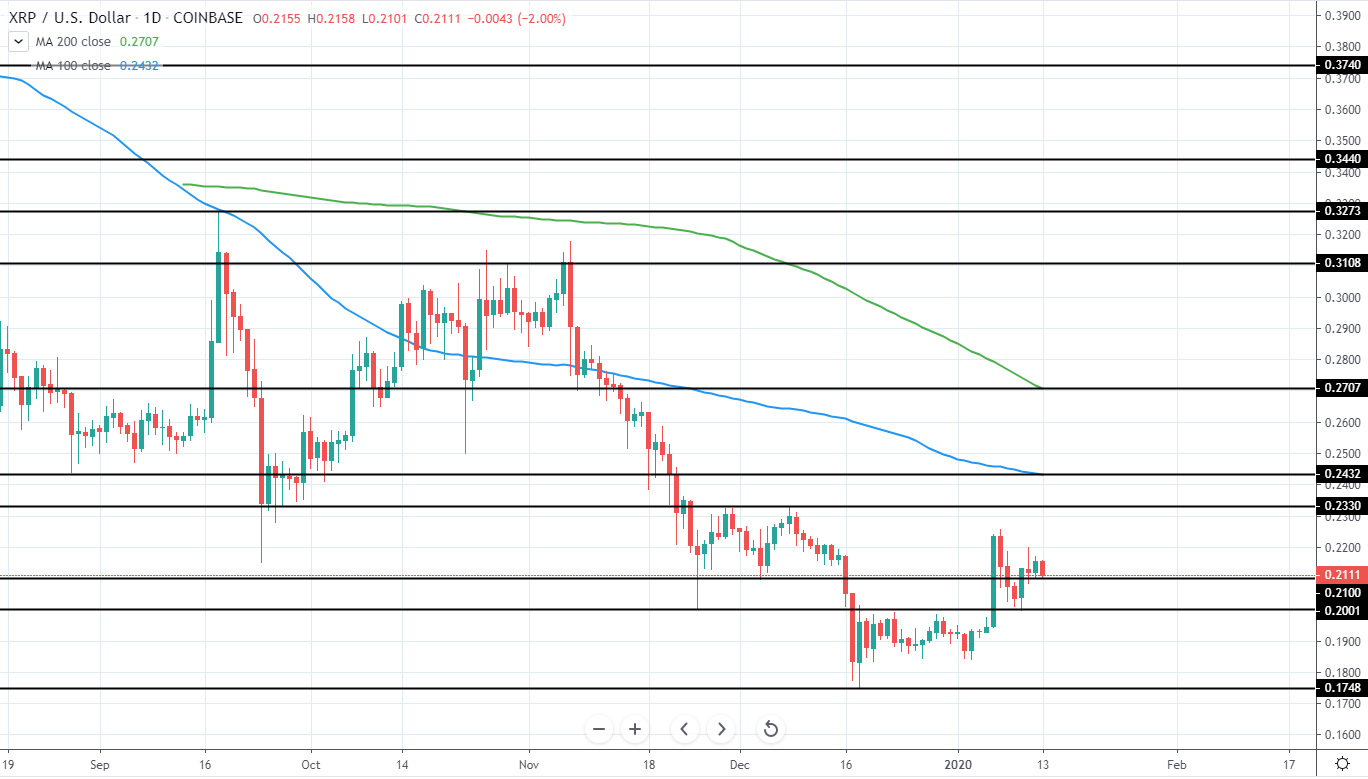 Litecoin has a market cap of 3.188 billion USD and currently trades around 73.5 USD on Binance as it continues to retrace after setting a new swing low around 35.77 USD in the middle of December.

Currently, the price has reached the previous major support area around 49-52 USD, which now acts as a resistance together with 100 day moving average blue line. Therefore, if further bearish signs are seen in the upcoming days, a short position could be taken in the expectation that the next support targets around 29-30 USD will be reached, meaning a downside of around 40% from the current price and a good risk/reward trade setup. 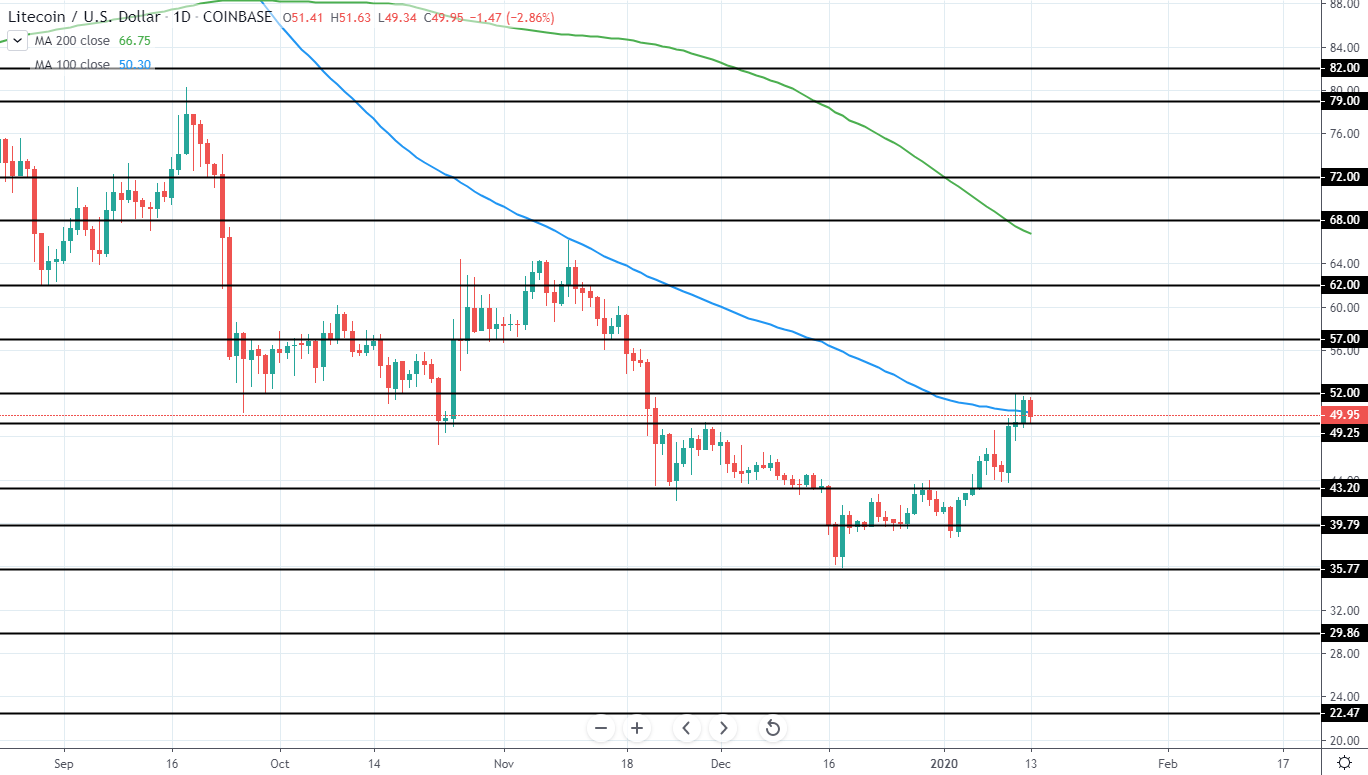