Currently, the total market cap of crypto is 199.3 billion USD with a 24h Volume of 61.9 billion and BTC Dominance of 66.4% according to coinmarketcap.com.

Bitcoin has a market cap of 132.2 billion USD and trades around 7,314 USD on Coinbase as it has retraced some of the gain seen during this week after reaching 7.75k Resistance in addition to 100 period moving average blue line.

This potentially offers an opportunity to reenter a long position as there is still considerable upside to be had towards 8.6k USD resistance as well as 50% Fib retracement level from the overall several month move, which if reached from the current price would mean a potential gain of further 17.8%.

A further drop is possible as the price has not made a clear rejection of further downside, however, we remain bullish for the price of Bitcoin as it dropped 37.17% during the end of October and November without a significant retracement. 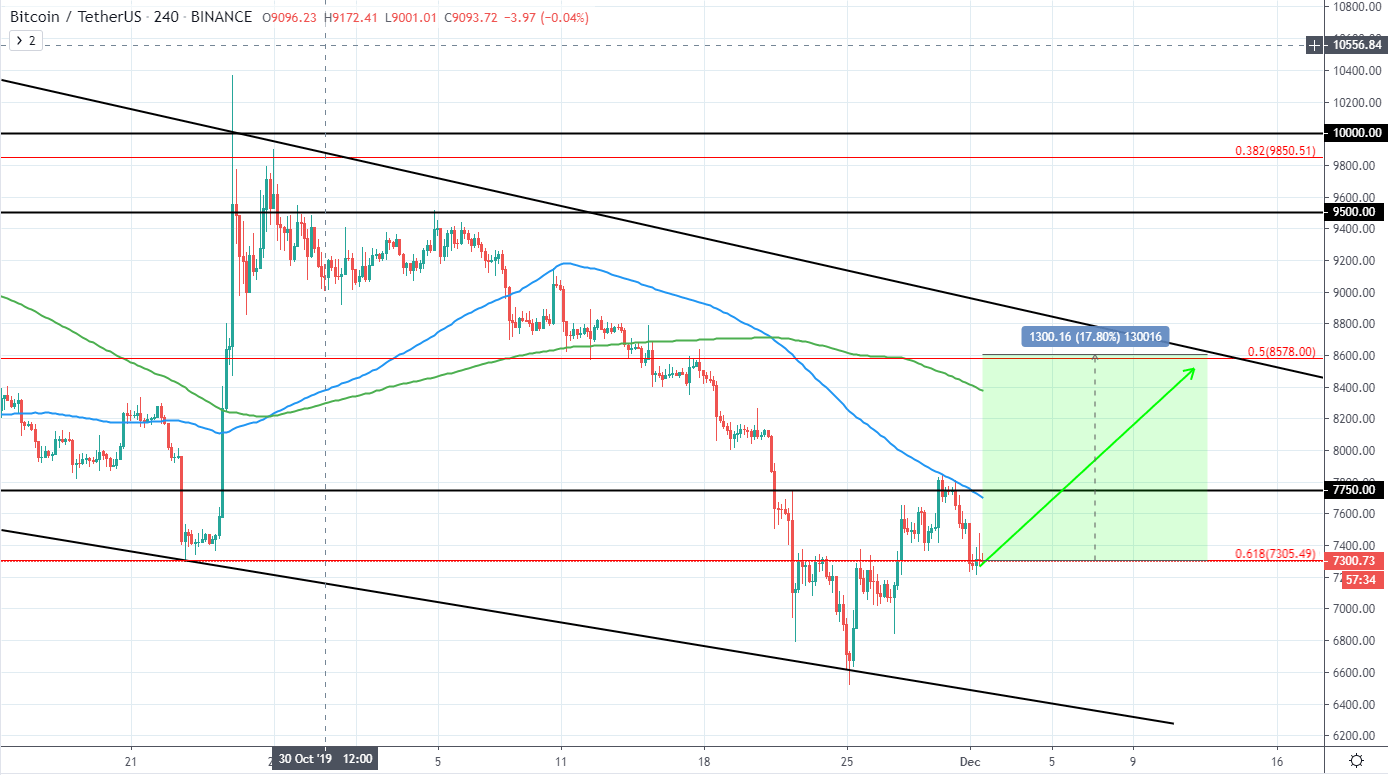 Ethereum currently has a market cap of 16.3 billion and trades at 149.81 USD on Coinbase as it retests previous support of 146 USD after setting a new local low around 132 USD and gaining 19.17% in the past days.

The overall major trend is still very bearish as the price continues declining from the yearly high of 364 USD. Therefore, the best option would be to look for further short positions, however, price action for the past weeks does not offer a good risk/reward short opportunity as of now and further upside is needed before it improves. 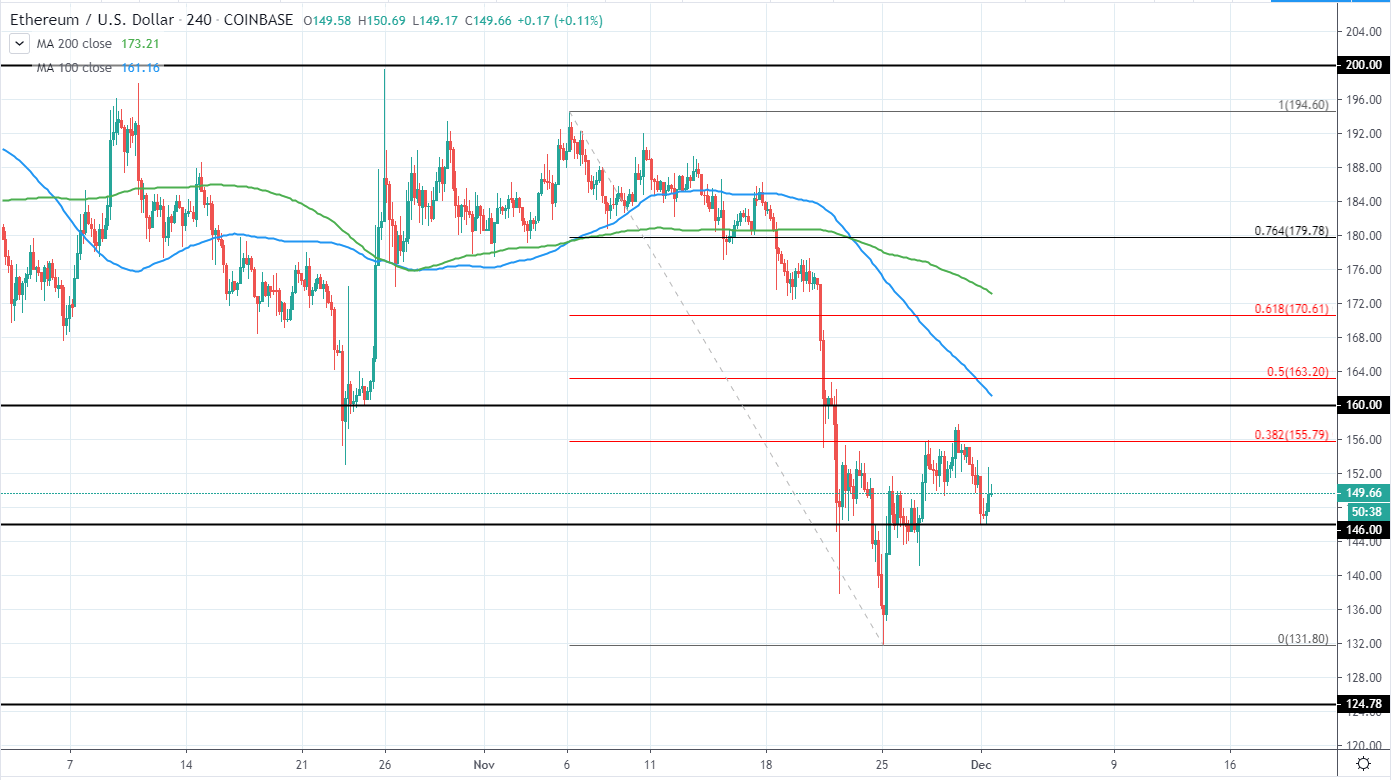 Ripple currently has a market cap of 9.6 billion and is trading around 0.2215 USD on Binance as it has broken the previous lowest low and reversed around 0.2 USD after experiencing rejection for a further drop.

The overall trend is still bearish as the price continues declining from the last major swing high around 0.5 USD that was reached in June and the price has since dropped around 60%. Therefore, best would be to look for a short position as soon as the price retraces some of the downside seen in November.

A potential area where a short position could be made is seen around 0.255-0.27 USD which is between 50-61.8% retracement from the previous impulse to the downside from 0.315 to 0.2 USD. Additionally, 100 day moving average is located around this area as an added confluence for potential resistance.

Therefore, until a decent retracement is seen, it is best to stay on the sidelines as trading against the major trend would be highly risky. 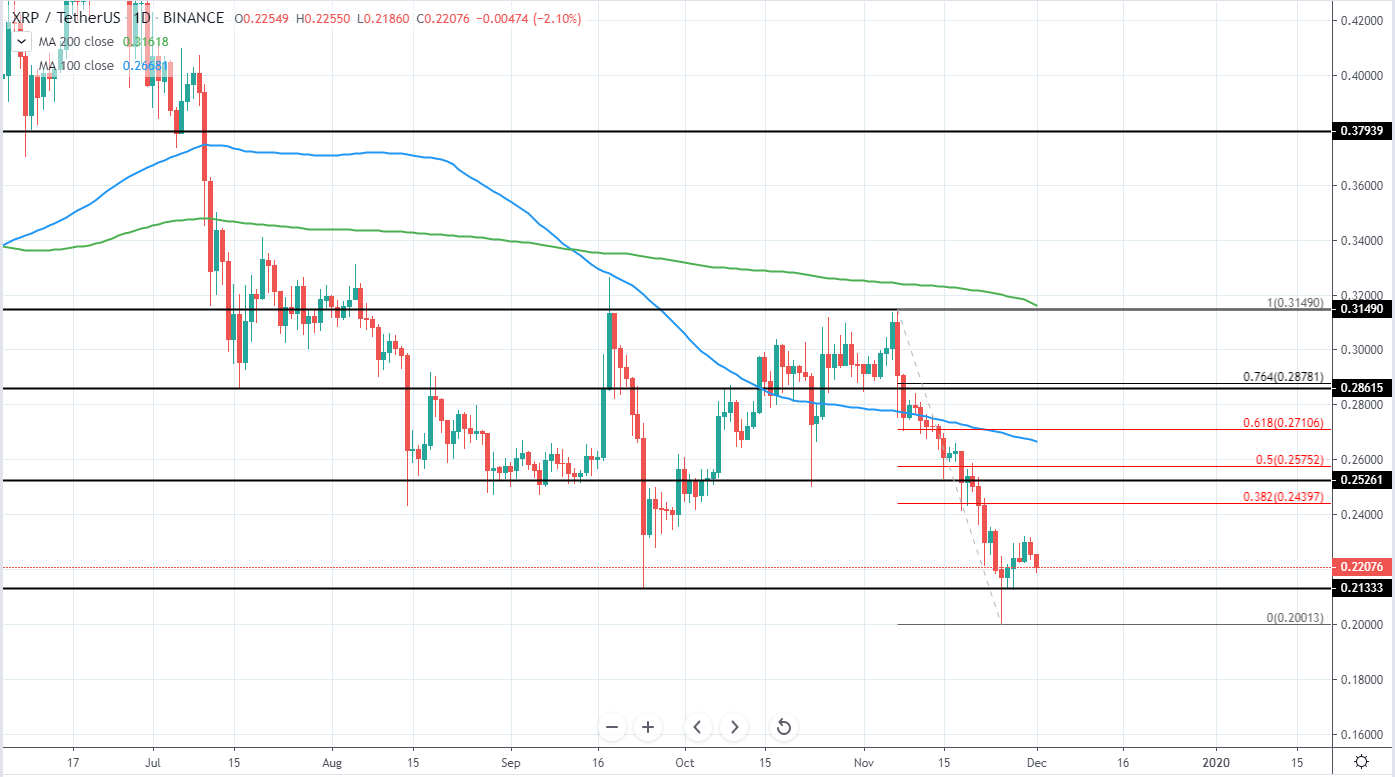 Litecoin has a market cap of 3 billion USD and currently trades around 47.18 USD Coinbase as it continues to retrace to the upside after dropping 36.3% during November from the high of 66.19 USD to the low of 42.16 USD. The overall trend is still very bearish and we can expect further downside to be seen in the upcoming months unless a significant shift in price action appears.

Potential area for shorting LTC can be seen around 52-58 USD where a several week consolidation was seen in October as well as 50-61.8% retracement from the previous downswing is seen and additionally, 100 day moving average blue line will soon reach this area offering additional confluence and further strengthening resistance.

Until this area is reached, it would be best to stay on the sideline as trading against the major trend would be highly risky. 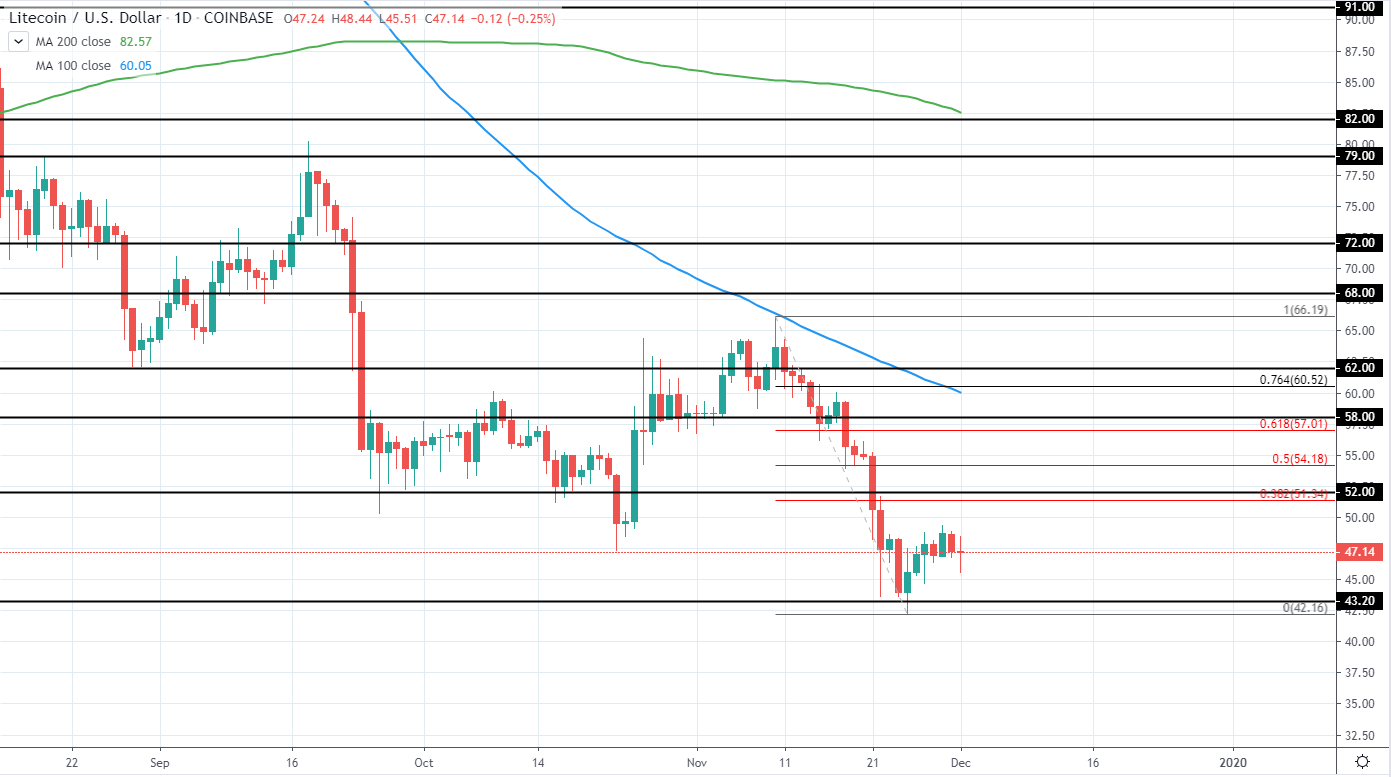