Alphabet, Inc. (GOOGL) currently trades around 1,414 USD with a market cap of 973B USD as it has set another higher high around 1,428 USD after finding support around the previous high of 1,333 USD on 31st of December that could have been used as a trade entry opportunity.

Currently, the market has extended too far and not much further upside can be expected until a significant retracement is made. Potential support could be found around 1365 USD previous high which is close to 61.8% Fib retracement from the previous upswing at 1,369 USD, therefore, once signs of rejection for further downside are seen around these levels a long position can be entered once again in expectation that a new all-time high will be set in the upcoming months.

For, now, however, it is best to stay neutral and wait for further price action development. 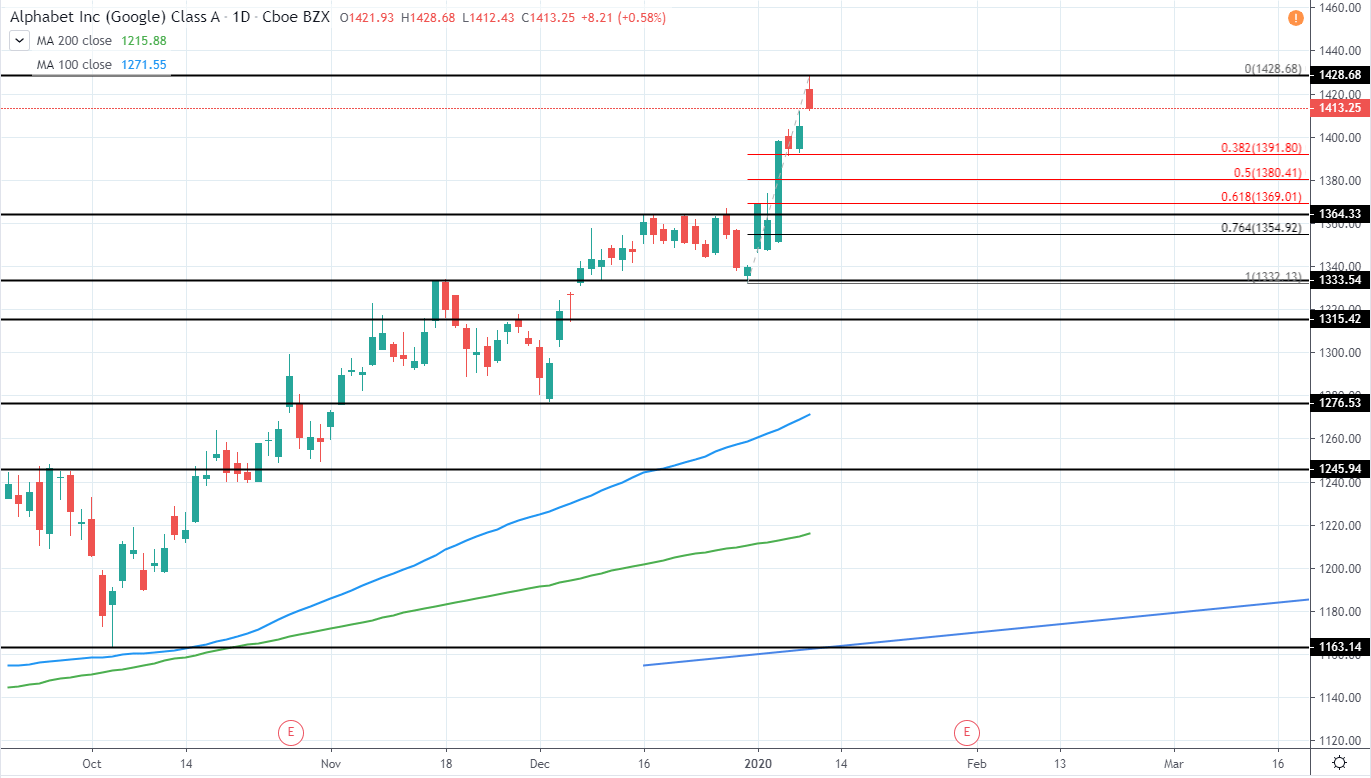 The Walt Disney Company (DIS) currently has a Market Cap of 264B USD and trades around 144.82 USD as it continues to retrace after peaking around 153 USD at the end of November and setting another higher high as it continues 2-year long bullish momentum.

For now, however, it is best to stay neutral and wait for a further retracement. 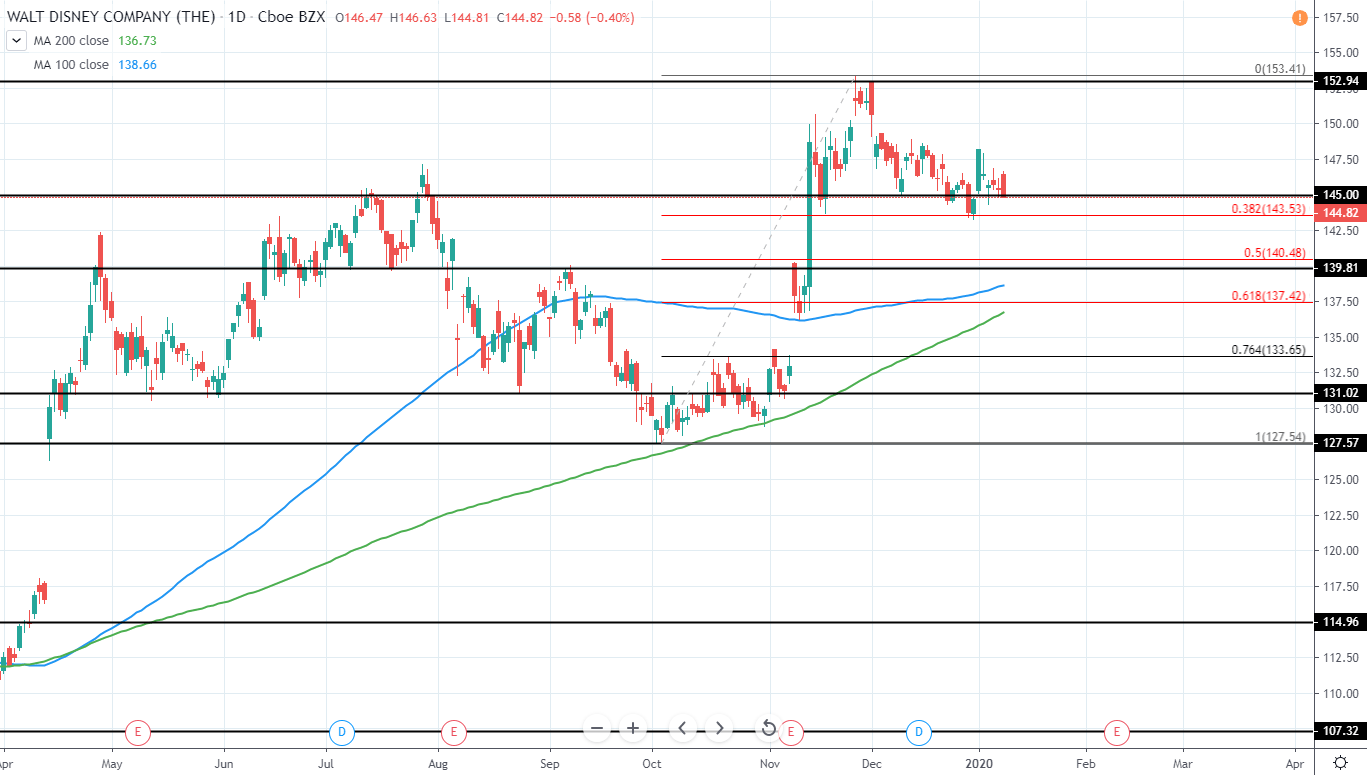 Tesla, Inc. (TSLA) currently has a Market Cap 82B USD and trades around 475.25 USD as it has clearly broken above the previous consolidation below 360-390 USD and set a new all-time high around 498 USD.

Yesterday, first sings of rejection were seen and, therefore, we can expect the price to move lower in the upcoming months as it looks to retrace the previous upswing and set a new higher low. First area where support could be found can be seen around previous highs of 360-390 USD, however, it is likely we will see a much deeper retracement towards 300 USD level which, together with 100 and 200-week moving averages, seen as a blue and green line on the chart around 295.38 and 284.26 USD respectively, will likely provide a very strong support.

Until then, however, it is best to stay neutral and wait for a further retracement and first sings of reversal around previously mentioned support areas. 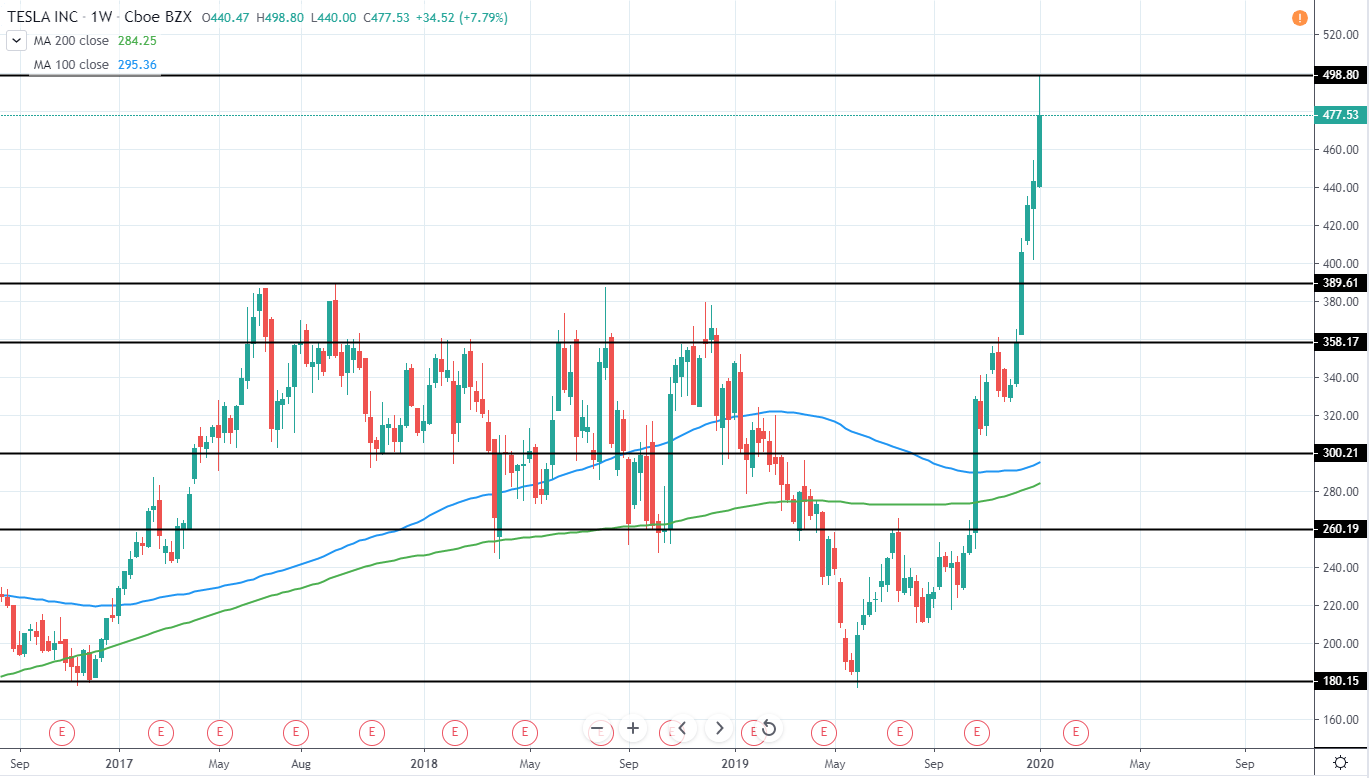 Since the price starts to show signs for lack of further bullish momentum we can expect a retracement to be seen in the upcoming weeks with potential area of support being around previous high of 96.83 USD as well as minor resistance around 95 USD, which if reached would mean a retracement between 50-61.8% Fib levels from the previous move.

Additional support could be offered by 100 day moving average blue line that currently trades around 92.37 USD, however, it continues moving higher aggressively and will reach the previously mentioned area of support in the upcoming weeks.

Until the retracement to these levels has been made it is best to stay neutral and wait for further price action development. 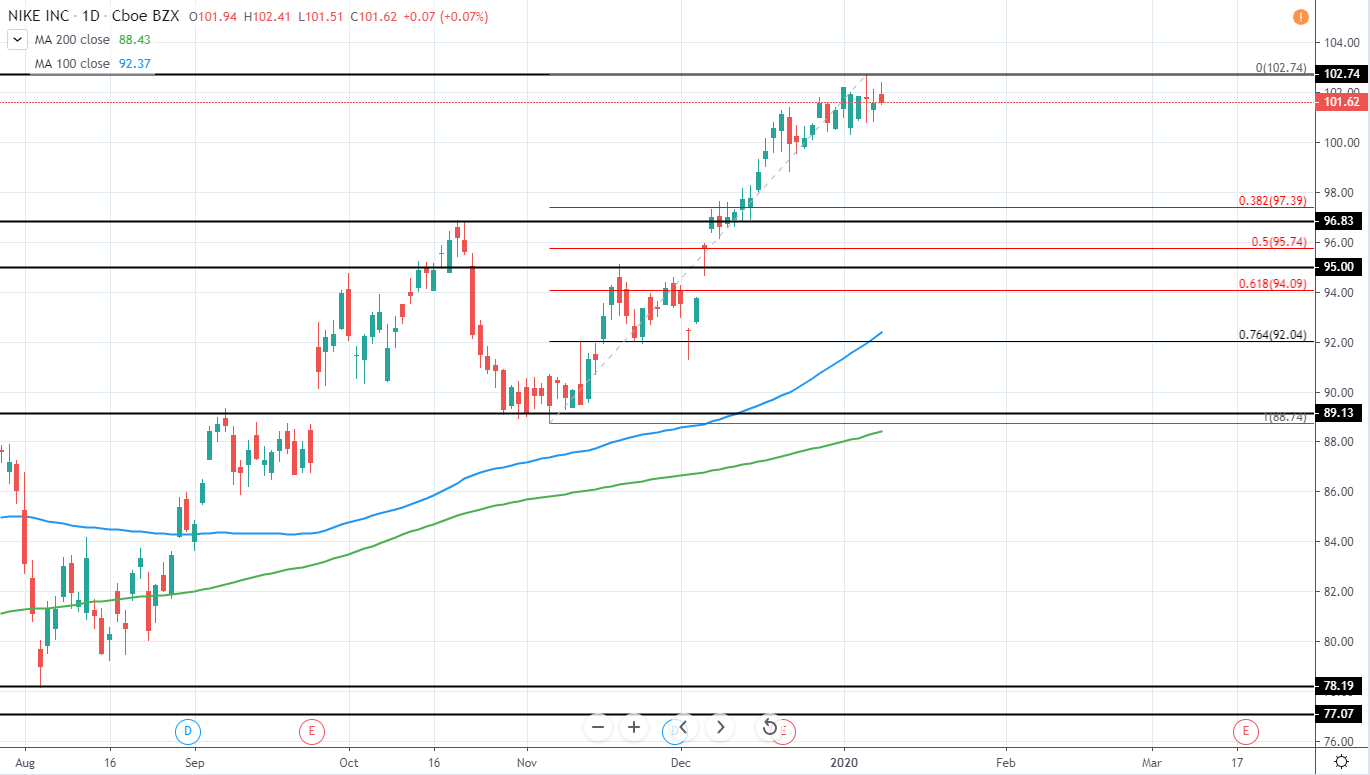